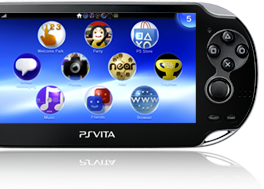 Sometimes it’s difficult to articulate first impressions when it comes to technology products.  Because true innovation is rare, the gadget/gizmo in question is often an ‘upgraded’ version of an existing product that promises new features, better performance and/or different aesthetics.   A tablet computing device is certainly an innovative concept, but the exercise of comparing the first generation iPad to the second ultimately comes down to look and feel.  The iPad 2 is thinner and marginally lighter, but they both share the same length, height and screen size.  A faster processor and double the RAM make it faster, but they have identical UIs (same iOS) and app performance is only slightly better.  With so many similarities, reviewing new products is usually a subjective, personal analysis of how the device feels in your hand, how easy is it to use, what you plan to use it for, and whether you own its predecessor (or a competing product).


It was with this mentality that I approached the PlayStation Vita, Sony’s latest foray into portable gaming.  A previous owner of several handheld video game systems, I was skeptical as to whether the device could be a game-changer.  Mobile gaming has exploded in popularity over the last few years, due in large part to the proliferation of mobile devices like the Apple iPhone into the consumer space.   The battle for portable gaming supremacy has grown beyond industry stalwarts Nintendo and Sony, and both companies have taken notice.   Nintendo followed up their Nintendo DS* handheld with an upgraded 3D version, fittingly titled 3DS.  Instead of cementing their place at the top, however, a weak launch lineup and a public weary of 3D has translated to tepid sales and an aggressive price drop.
Sony decided to forgo 3D and focus instead on better graphics and a multi-touch interface.  The result, the PlayStation Vita, has been marketed as a portable gaming powerhouse for ‘serious’ gamers intent on bringing the PS3 experience on the road with them.  Whether this strategy will encourage other people to buy remains to be seen, but it was enough for me to preorder it.  In my opinion, the PlayStation 3’s HD graphics, superb Blu-ray playback, 3D compatibility and home media capabilities make it the current pinnacle of home gaming consoles.  In fact, I like the platform so much, I bought two of them.  This was motivation enough to take a chance on the Vita.  That said, I appreciated the form and feature set of the PSP as well, but not enough for me to keep either of the two models I bought.  Long before tablets made me re-think usability, the device didn’t feel portable enough (perhaps if I had worn more cargo pants).  I liked the screen and controls, but the UMD format felt proprietary and clunky (it didn’t help the drive leeched battery life).   And once the iPhone came onto the scene, any device not sporting touch suddenly felt antiquated.
When the Vita finally arrived on my doorstep Friday, I admit tore into the box with wanton gadget lust.   Would it be a re-hash of the PSP (a.k.a. PSP Go) or something wholly original?  Would I be impressed or disappointed?  The answer, it turns out, comes down to look and feel.
What I Like
I won’t belabor the specs of the device (see here if you’re curious); suffice to say the screen is large and gorgeous.  Blacks are sharp and color pop, without the ghosting and pixilation prevalent in earlier gaming devices.  The processor is fast enough to make navigating the WebOS-like UI a breeze, and the frame rate on the games I’ve played has been smooth.  Although I appreciate the functional XrossMediaBar menu system found on the PS3, PSP and other Sony products, it’s refreshing to see a Sony-designed interface that is intuitive and easy to use.  From a control standpoint, the buttons are smaller than a traditional PS3 controller, but the dual analog sticks are solid and the capacitive touchscreen responds well.  Overall, the device feels comfortable to hold, is easy on the eyes and performs well both launching and playing games.  I’m even impressed with the launch lineup, which includes Sony mainstays Uncharted, Wipeout and Hotshots Golf.  But does all this make it a game-changer?  Although it’s still early, I’m willing to say no.


What I Don't Like
For one, I’m not impressed with the video, music or photo applications (rudimentary and restrictive are good adjectives).  While I don’t plan to use any with regular frequency, a revolutionary device should provide at least an attractive alternative to the features currently available on Apple and Android smartphones.    I’m also not sold on the content manager, which makes it hard to get content onto the system from other sources (e.g. PS3, PC).  The more time I spend with the device, it’s obvious it was designed as a game console first, with other media functions a distant second.
That it succeeds at this is encouraging for the future of the device, although it will be interesting to see if the additional cost burdens of proprietary memory cards and 3G data service affect adoption rates.  The Nintendo 3DS is just now starting to pick up steam, only after cutting the MSRP by a 1/3 and releasing must-have first party titles (Mario 3DS, Mario Kart).  Playing with the Vita, it feels like what the original PlayStation portable should have been.  Is it leaps and bounds ahead of the 3DS or even the iPhone, however?  No.  Are the physical controls enough to warrant purchasing a dedicated piece of hardware (instead of simply using the iPhone)?  I would say yes, but it’s probably safe to assume not everyone would agree.
While it may not turn out to be a game-changer, the Vita sure is a cool piece of tech (or kit for you British folks).  The fact that I haven’t put it down is probably the most encouraging sign of all.  Sony has built one heck of a portable gaming device, and I have a feeling the public will take notice.


(*The various iterations of the Nintendo DS have combined for a whopping 151 million units sold, making it the most successful console in history.)
Posted by ThomasLeeYork at 3:07 PM